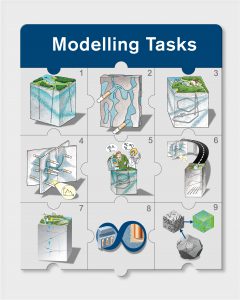 The work within the SKB Task Force GWFTS is performed within a framework of well-defined and focused Modelling Tasks. These are tied to experiments at Äspö HRL or another laboratory that can provide suitable data for modelling tasks.

Pumping, tracer and dilution tests on a site scale (1 km).

As the first task, a large scale field experiment was chosen. This consisted of a long term pumping test, dilution tests as well as a series of tracer tests. The modelling work performed during 1992-1994 has been evaluated by the Task Force group. The experiences are discussed from the modelling point of view, the Äspö data collection point of view and the site characterisation point of view.

Design calculations for a number of planned experiments at the Äspö site on a detailed scale (1-10m).

Seven different groups modelled Task No 3 using different conceptual and numerical methodologies for simulating flow in fractured rocks. The modelling work has been reported within the Äspö ICR Series.

Task 4 consists of modelling exercises in support of the TRUE tracer tests. Predictive modelling is also performed where the experimental results are not available beforehand.

Task 5 - Integration of hydrogeology and hydrochemistry

A hydrogeological-hydrochemical model assessment exercise which specifically studies the impact of the Hard Rock Laboratory tunnel construction on the groundwater system at Äspö.

The task is completed.

Experience from Task 5 has highlighted several important aspects for site investigations facilitating the possibilities for mathematically integrated modelling and consistency checks that should be taken into account for future repository performance assessments.

Equally important is that Task 5 has provided the opportunity to bring together two scientific disciplines which have traditionally tended to work in parallel rather in collaboration. This is an important first step. There is now a much stronger appreciation that the use of hydrogeochemistry can lead to an increased understanding of hydrogeology and vice-versa.

Model after construction of the Äspö Hard Rock tunnel

Solute transport is a key aspect of both Performance Assessment (PA) and  repository Site Characterisation (SC). Task 6 seeks to provide a bridge between SC and PA approaches to solute transport in fractured rock and focuses on the 50 to 100m scale. Task 6 tries to bridge the gap between PA and SC models by applying both approaches for SC boundary conditions (i.e. for trace experiments), and also for PA boundary conditions.

The objectives of Task 6 are:

The task is completed

The contents of the model assignments within Task 6 are summarised in the table below.

The pumping test is performed at a scale of 100-1000 metres, using Posiva-flow logging (PFL) in open boreholes, and conventional pressure observations in open and packed-off boreholes.

Task 7 concerns modelling of a long-term pumping experiment at the Olkiluoto site in Finland. The task lies within a broader setting of site investigations, site characterisations, and ultimately safety assessment issues. The focus is especially on increased understanding of the major fracture zones behaviour as boundaries for bedrock compartments and the interaction between these “isolated” compartments and the major flow system. The experiences are supposed to provide a bridge between site characterisation and safety assessments.

Interactions between engineered and natural barriers

Task 8 was designed to model the Bentonite Rock Interaction Experiment (BRIE) i.e. the interactions between natural and engineered barriers. The task was performed together with another task force, i.e. the Engineered Barrier TF, and provided an increased insight of the interaction between bentonite and fractured rock e.g. at this interface for deposition holes (Finsterle et al., 2018, Finsterle 2019). More specifically, the objective of the task was to enhance the understanding and increase our ability to model:

In order to obtain data for the modelling, the supporting field experiment, BRIE (Fransson et al. 2017), at Äspö Hard Rock Laboratory was carried out. In the experiment, two boreholes, both 30 cm in diameter, were filled with unsaturated bentonite and instrumented. Thus, these boreholes may be regarded as down-scaled deposition holes. One of these surrogate deposition holes was drilled in a part of the rock domain that is containing a range of water conducting fractures. The other hole was drilled in a part of the rock domain with very few and less water conductive fractures. Total stress, pore water pressure and relative humidity (RH) were measured in the bentonite. In the rock, pore water pressure and RH were measured close to the bore-holes. After suitable time, the holes were over-cored and the bentonite analyzed mainly regarding water content distribution. In the experiment, new technologies were required to:

The modelling task was to model the evolution in space and time of:

Task 8 proved to be an excellent learning exercise for both modelers normally dealing with fractured rocks and those focusing on bentonite, i.e., the interchange of information and knowledge between these communities was very fruitful (Finsterle et al. 2018). Also, the experimentalist made advancements dealing with this new challenge. 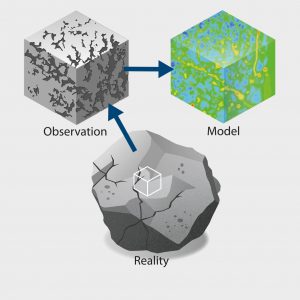 Task 9 focused on modelling of coupled matrix diffusion and sorption in heterogeneous crystalline rock matrix at depth. This was done in the context of inverse and predictive modelling of tracer concentrations of the in-situ experiments performed within LTDE-SD at the Äspö Hard Rock Laboratory in Sweden, and the REPRO project at the ONKALO underground rock characterisation facility in Finland, focusing on sorption and diffusion. The ultimate aim was to develop models that in a more realistic way represent retardation in the natural rock matrix at depth.

The topic of radionuclide transport and retardation in the geosphere is of high importance for assessing the safety of geological repositories for radioactive waste in fractured crystalline rock. Matrix diffusion of solutes in the microporous system of the rock matrix is perceived to be well understood and has been discussed for over 60 years. For the past 35 years, matrix diffusion coupled with sorption has been discussed in the context of retardation of radionuclides potentially migrating from a geological repository for nuclear waste. In recent safety assessments, carried out by SKB and Posiva, the importance of solute exchange between flowing fracture water and stagnant pore water has been stressed in regard to the waste containers’ capability of isolating spent nuclear fuel over long time periods.

LTDE-SD was an in-situ study that was carried out at Äspö HRL and it focused on tracer transport in the stagnant pore water of the rock matrix. In the experiment, a cocktail of both sorbing and non-sorbing tracers was allowed to contact a natural fracture surface, as well as the unaltered rock matrix, for a time period of 200 days. The experiment was carried out at a depth of about 410 m below sea level.

The REPRO project was in part carried out in-situ in ONKALO at Olkiluoto in Finland, and in part as an extensive laboratory programme. Concerning in-situ experiments; two water phase diffusion and sorption campaigns were carried out from the REPRO niche at about 400 m depth, from which a number of drillholes has been drilled. These campaigns were the WPDE (Water Phase Diffusion Experiment) series of experiments and the TDE experiment (Through Diffusion Experiment). The in-situ part of REPRO aimed to tackle the topics of diffusion, sorption; anion exclusion; and rock matrix anisotropy. In addition, the laboratory part focused on small scale rock characterisation.

Task 9 was initiated in the spring of 2015 and started with semi-predictive modelling of the REPRO project. The second subtask focuses on the inverse modelling of experimental results from the in-situ tracer test LTDE-SD. In a following subtask the penetration profile of Cl-36, Cs-137 and Ni-63 into the LTDE-SD rock matrix will be modelled in a predictive fashion. In addition, the TDE (Through Diffusion Experiment) of REPRO was modelled as well.

As an optional subtask, the increased realism in the solute transport codes was put into the perspective of safety assessment time scales. This was to highlight if different aspects of matrix diffusion and sorption, utilising codes with increased complexity and realism, may have any consequence for long-term retardation. 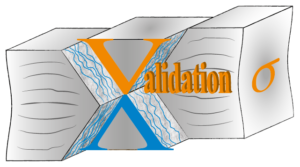 Among the objectives of the Task Force GWFTS are to develop, test and improve tools for conceptual understanding and simulating groundwater flow and transport of solutes in fractured rocks. The ongoing Task 10 focuses on validation of such models. Several of the participating organizations have realized and experienced that there is a need for validation and confidence building in models addressing flow and transport in discrete features. To address this topic, a pragmatic approach is chosen where predictive modeling is an important tool, which is built on:

Initially, a White Paper was written to guide the modelling work in Task 10. The White Paper (Lanyon et al. 2021) is, among other things, setting out a preliminary view on a pragmatic validation approach. In the first validation exercises, data from granite rock blocks extracted from the Flivik quarry, in the vicinity of Äspö HRL, are used. The objectives of these exercises are:

In the coming sub-tasks, the same type of topics will be addressed, but for larger scales and models including networks of discrete features. In the next coming sub-task, validation of models for flow and transport in the block-scale will tentatively be dealt with. As a final exercise of Task 10, validation of models in the repository tunnel-scale will be addressed according to the plan. At this scale, the models will likely contain a tunnel and a few deposition holes. 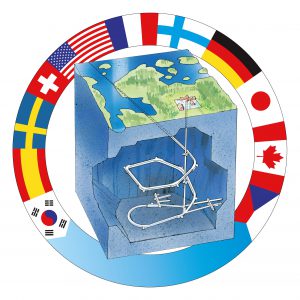